For me it all started with ear ache or I should say pain in my neck around my ear and sinus pain along with nausea and high blood pressure.  For several weeks I visited my GP surgery. Many DRs missed the signs. I was diagnosed with an ear infection even though they said they couldn’t see infection but there was some swelling.  Symptomatically I had pain in my neck, sinus pain where if I coughed or sneezed it shot pain like I’ve never had, high blood pressure and I lost my balance in the Drs room.

At work over a few weeks I found it took me longer to listen and process to understand things. My employer was not understanding and just carried on repeating faster and louder. They also missed signs something was very wrong and simply put more excessive pressure on me (but when you work for an employer that actively bullies staff I’m not surprised).

The last visit to the GP was an early evening appointment, where my ear was checked and I was told my ear was fine and I expressed my pain and the DR pushed hard behind my ear. I screamed and was crying and was sent away with more pain killers.  I got home and went to bed crying in pain.  In the middle of the night I woke and the pain was beyond anything I can describe. I saw my phone next to my bed but didn’t know how to use it to get help. I was confused. I was distressed and screaming but couldn’t talk.

I could see my mobile phone but couldn’t work out what I needed to do with it to get help. My family heard my screams. All I could say was pain and they phoned 111 (I should say here my family only phoned 111 and not 999 because of weeks of diagnosis of ear infection. Had that not been done they would have called 999 with the situation). At the out of hours Dr I saw a lovely Dr who I couldn’t see as my sight had gone and I couldn’t open one eye the eye open was just total mist. My mum and sister held me up, practically carried me.  The Dr was talking but I couldn’t understand but he was very kind. He knew in his gut something wasn’t right and he trusted that and thank god he did.  He phoned through to the hospital and came out and did more tests.

I was rushed by ambulance to the JR in oxford to the ENT unit!!!!! Having rude treatment by paramedics in the ambulance I kept saying the word pain and had tears as I couldn’t communicate.  The paramedic told me ear infections can be painful and was dismissive, being sat in normal seat of the ambulance unable to hold my body up and the seatbelt was tight around my neck. I began vomiting and was slumped. I couldn’t hold myself up the seat belt was only thing holding my head up. I kept saying pain and I was made to try and walk out of the ambulance and I couldn’t see or figure out what I had to do to walk or stand. My mum was holding me up.

They rudely complained and got a wheelchair. I was slumped in it and kept saying somethings wrong but couldn’t explain as couldn’t get my words out. And my mouth just wouldn’t work normally. It felt twisted. My left eye wouldn’t open. It was heavy and light was horrendous and painful for both my eyes. I was taken to a side room and examined. Again, everyone was quite dismissive with me. I understand it was the middle of the night and I am a younger person so stroke wasn’t on the radar but it should have been.  I was very distressed as I knew something was wrong. Why was no one listening.  The pain was unbearable.  Then they tried to lay me down flat and I screamed and they suddenly realised something was wrong and I was in a CT scanner in what felt like minutes. I was sat in the wheelchair waiting for a porter to take me back and he was called into the radiology office. He came out and said to me he had to take me back slowly as it had been raining and the floor was wet…yeah i thought what the hell are you talking about. I soon found out. I got back to ENT and was put in a private bedroom in bed and the Dr came and said. You have 3 blood clots in your brain called CVST. I just looked at my mum waiting for her to say something and for her reassuring smile as if I had misheard or to tell me all will be ok.  She then had tears rolling down her face and was just staring at the DR. She didn’t move. And it hit me that I had heard correctly. The Dr said it was bad and they had been told not to give me anything as they would do this on the Stroke ward.  I was immediately transferred to the acute stroke ward and wasn’t given the thrombolysis drug to disperse the clots. This was the start of my stroke journey. On arriving at the stroke unit, I had lots of Drs for 2 days. 48 hours flew past. I was in agony. The swelling in my ear mentioned earlier….it wasn’t ear infection it was swelling in my brain. Because it was diagnosed as just CVST here the Drs openly said they didn’t know how to treat it. Nor had they seen it before as so rare.  There was no mention of stroke still.  My experiences from this point are varied. But I want to make it clear. You trust Drs but sometimes you have to listen to your own body and insist things are checked. For me a simple blood test, weeks prior would have said I had blood clots and may have prevented the extra damage. If you see a friend or family member, or anyone unwell and just not themselves with changes to their comprehension, understanding, or nausea or pain…. these are all symptoms of stroke. Get help. We only talk about the F.A.S.T symptoms and think strokes only happen in old people. THEY DON’T.

It wasn’t until August 2017 (following a long wait from my GP referral to a rehab unit which was the chased by a lovely female haematologist as urgent) where the word stroke was mentioned. Here I had more scans and found out as well as the 3 CVST there was another small clot in occipital lobe which explained my vision problems.

I spent 2 months as an inpatient at an amazing facility the O C E to help me and then moved to outpatient rehab which I am currently in. I learned art therapy and set up a page stroke of a brush to print my artwork and raise awareness and money for younger stroke survivors. I have speech therapy provided through the stroke association which has been simply amazing. I owe a lot to them and to my therapist Harriet who understands it’s not about a simple this is what you do to read write speak and spell again. She tailors it to you and your life and what you would normally do and doesn’t try to create a new you but helps me be me.  Harriet really gets how hard it is for younger stroke survivor’s and really tries to champion this.

The systems of support are not geared up well for younger or working age stroke survivors. The benefits and support systems are there but it’s very difficult to get them. I need care which my mum and family provide and yet because of my age and that we live in the same house my mum cannot get carers allowance.  Yet if I lived off the system in a house they paid for she would. The world has changed and the systems of support need to realise strokes happen at any age. If I were married a spouse would get support but because I’m single and living with family we get no support for care.

This world needs to accept the facts that strokes are happening younger and the symptoms should not be dismissed just because a person is younger if I had been older and had high blood pressure, balance issues, sight issues hearing and processing issues and one-sided weakness a stroke would have been considered.

Recently in the news they discussed strokes happened in younger people . Great I thought, but then the majority of people interviewed were older and talking of elderly relatives.  It all needs awareness but this angered me because the message of strokes happening more and more to younger people just didn’t come across.

Stroke has many faces and I am trying to champion that. We may not look disabled or injured but we can be. It doesn’t mean we are stupid or need people to explain louder or repeat themselves over, we just need more time and support networks geared up for it, Drs need to be educated stroke symptoms are stroke symptoms regardless of age.

I try and see the positives, many people give up after stroke, I don’t. I accept what has happened and believe me I wish it never had but in a weird way it’s made me a better person. I’ve learnt to paint and see there are always positives, like art got me the use back in my arm. I don’t have feeling in my leg and was told this is unlikely to change but never say never. I’m not giving up and I will keep fighting because as much as is known about stroke, there is so much not known about the brain and its recovery or why people are having strokes younger and younger. The only way more will be known is if we raise awareness and disperse the taboos of being unhealthy, overweight etc. 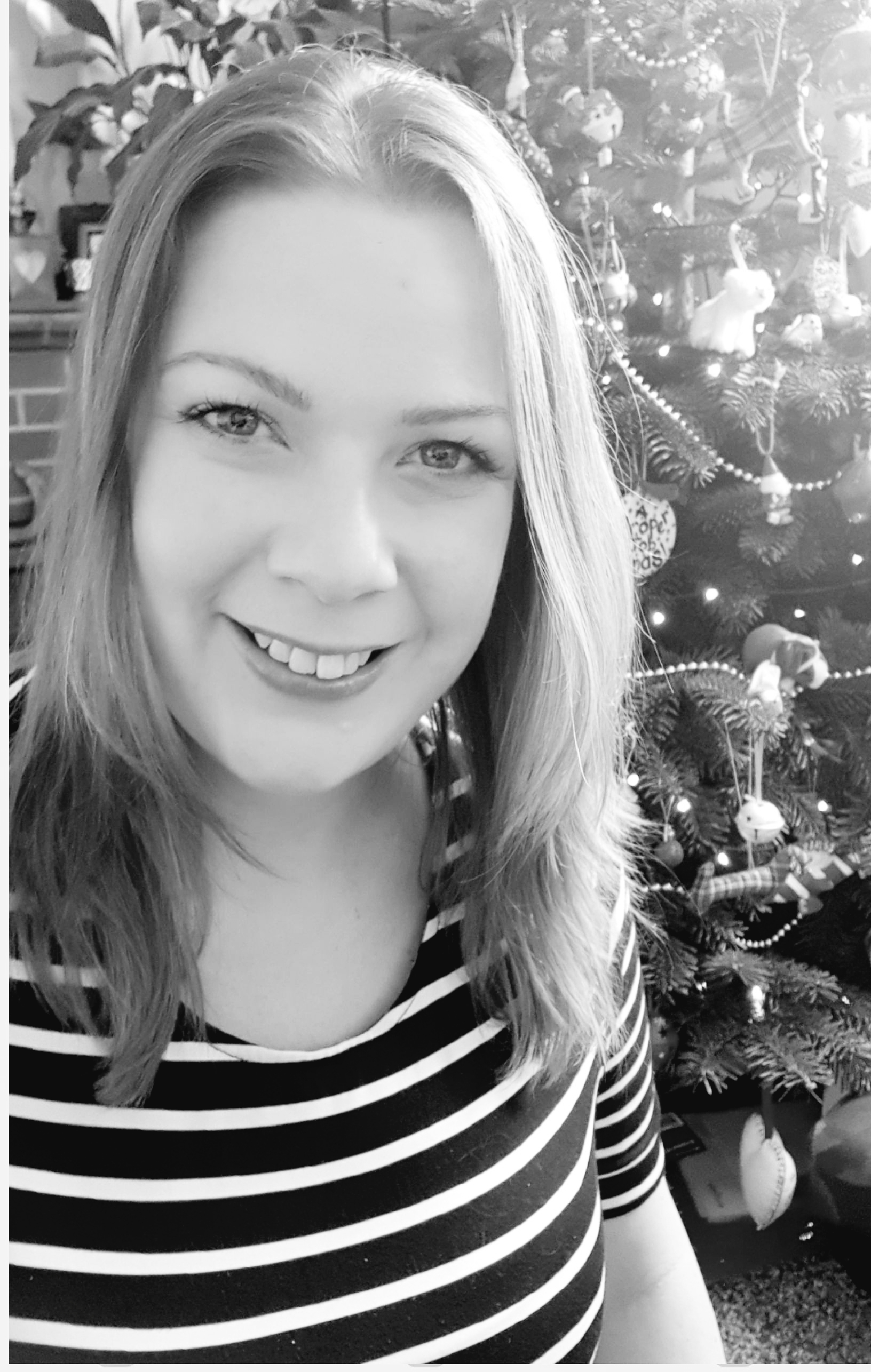